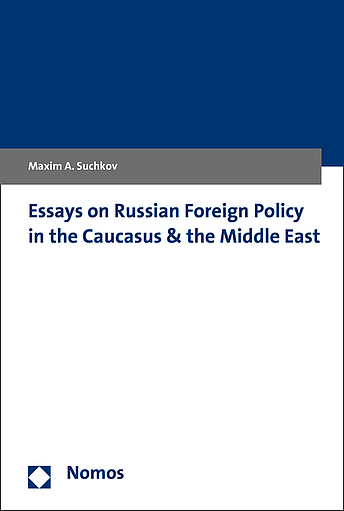 englischFor decades, Russia considered its southern flank as its most volatile security zone. Essentially, the Caucasus is notorious for its high conflict potential and is very susceptive to external influences. Over the recent years, transformations in the Middle East – including the Arab spring, the war in Syria, and the rise of ISIS – have had a palpable impact on Russia’s “soft underbelly”. The crisis in Ukraine also served as a critical calculation in Russian decision-making in the Caucasus and the Middle East, and will mostly likely challenge Moscow’s policy in both regions in many – often unexpected – ways. Essays on Russian Foreign Policy in the Caucasus and the Middle East is a comprehensive account to read to understand these trends. Based on professional expertise and personal experiences from an author uniquely positioned to trace the dynamics in both regions, it reveals the rational behind many of Russia’s moves while critically assessing their potential implications in the long run.