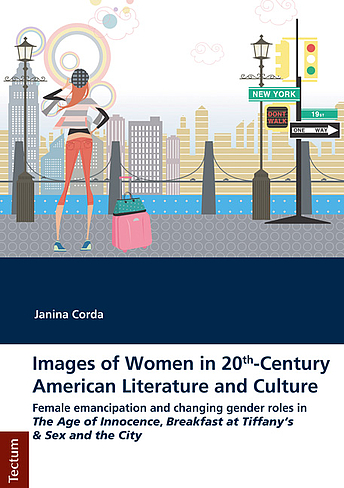 Images of Women in 20th-Century American Literature and Culture

Female emancipation and changing gender roles in The Age of Innocence, Breakfast at Tiffany's and Sex and the City

What do The Age of Innocence, Breakfast at Tiffany’s, and Sex and the City have in common? Strong women ahead of their time! Being part of New York’s middle and upper class, Ellen Olenska, Holly Golightly and Carrie Bradshaw & Co. cherish their otherness and strive for personal freedom and gender equality, thereby trying to combine traditional longings and modern beliefs. However, though situated in different decades of the last century, several obstacles are put in their ways because of their independent and self-confident lifestyles which, eventually, cannot all be overcome. From True Womanhood to the “feminine mystique” to the vast array of new gained liberties and life choices at the end of the last millennium, Janina Corda examines the developing images of women and their depiction in the literature and culture of America’s 20th century. She illustrates the different and yet similar struggles the progressive female- and male-characters have to deal with in the face of established and changing gender roles and shows that women have indeed come along way – but have they truly arrived?